Suppose you are in a staff meeting filled with engineers and technicians working on projects. Now, suppose two engineers, vying for a promotional position, clash over a problem project in front of a new leading director. 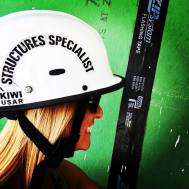 Unfortunately, this is not always the case. And, as a matter of fact, this exact scenario happened to me. A junior, male engineer lashed out at me during a staff meeting with a new director for speaking up regarding problems in his project which his engineering technician presented to him and was ignored. The managing engineer made a scene. But, was I considered a HERO? No, the new director considered me “unprofessional” because I stated my professional opinion that the project had problems. I have to wonder, on #InternationalWomensDay, would I have been the project hero if I was a man? I think so.

Until we resolve these gender disparities and discrimination, we will continue to suffer problems!